Small machine hall is an open storehouse, where one can get acquainted with several rather exclusive Estonian self-made vehicles, such as Uno Veeberg´s Taksikoer (Dachshund) from 1980s, Roman Bertelov´s ET-600 van built in 1960s, bread delivery van TA-9 from 1970s, made in Tartu Experimental Car Factory etc.

Besides these there are some Soviet-era trucks, scooters and motobikes, eye catching first electric car in Estonia or Saurer bus from 1942, brought to Estonia as war trophy in the end of WWII.

In summer 2019 10 motorbikes built between 1947 and 1971  in Soviet Union are presented in the small machine hall. They form almost the full collection of the models built in the USSR until 1970s.

Motorbikes were produced in three factories – Moscow, Minsk and Kovrov.

Road museum´s restaurer Üllar Meho acquired his first his first lightweight motorcycle 3 years ago, for the moment he has 16. His purpose is to make the bikes roadworthy using as many original spare parts as possible. 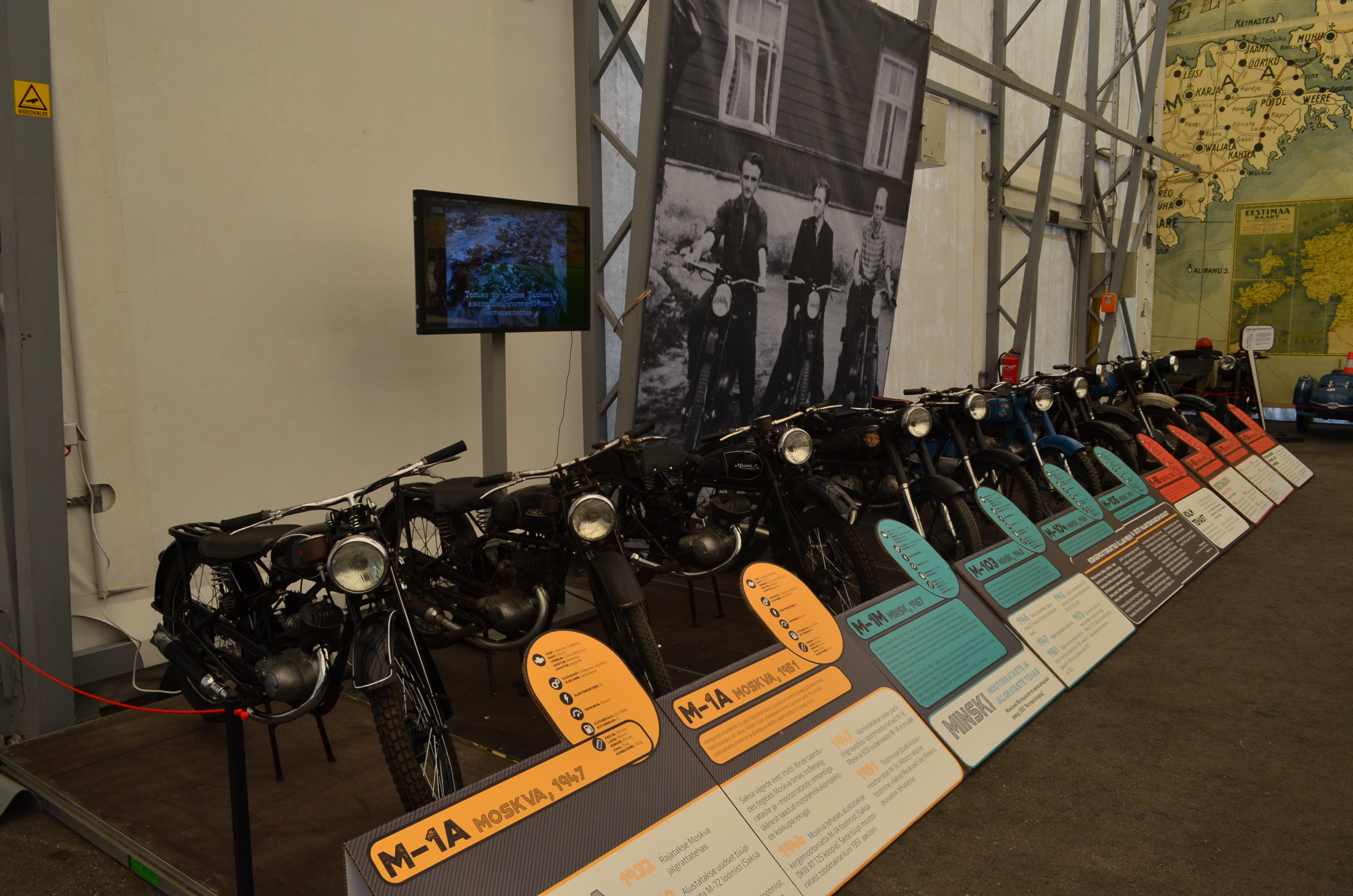