Exhibition "Singers on Their Way"

Estonian peasants got freedom 1819 and to celebrate 50h anniversary they decided to organize a song festival. Without a doubt we can declare that country people became Estonian people since the song festival. Song festival is a tradition which  lasts until novadays and it is not on the way out.

Exhibition Singers are Going gives a view how singers have arrived to the song festivals through the times. 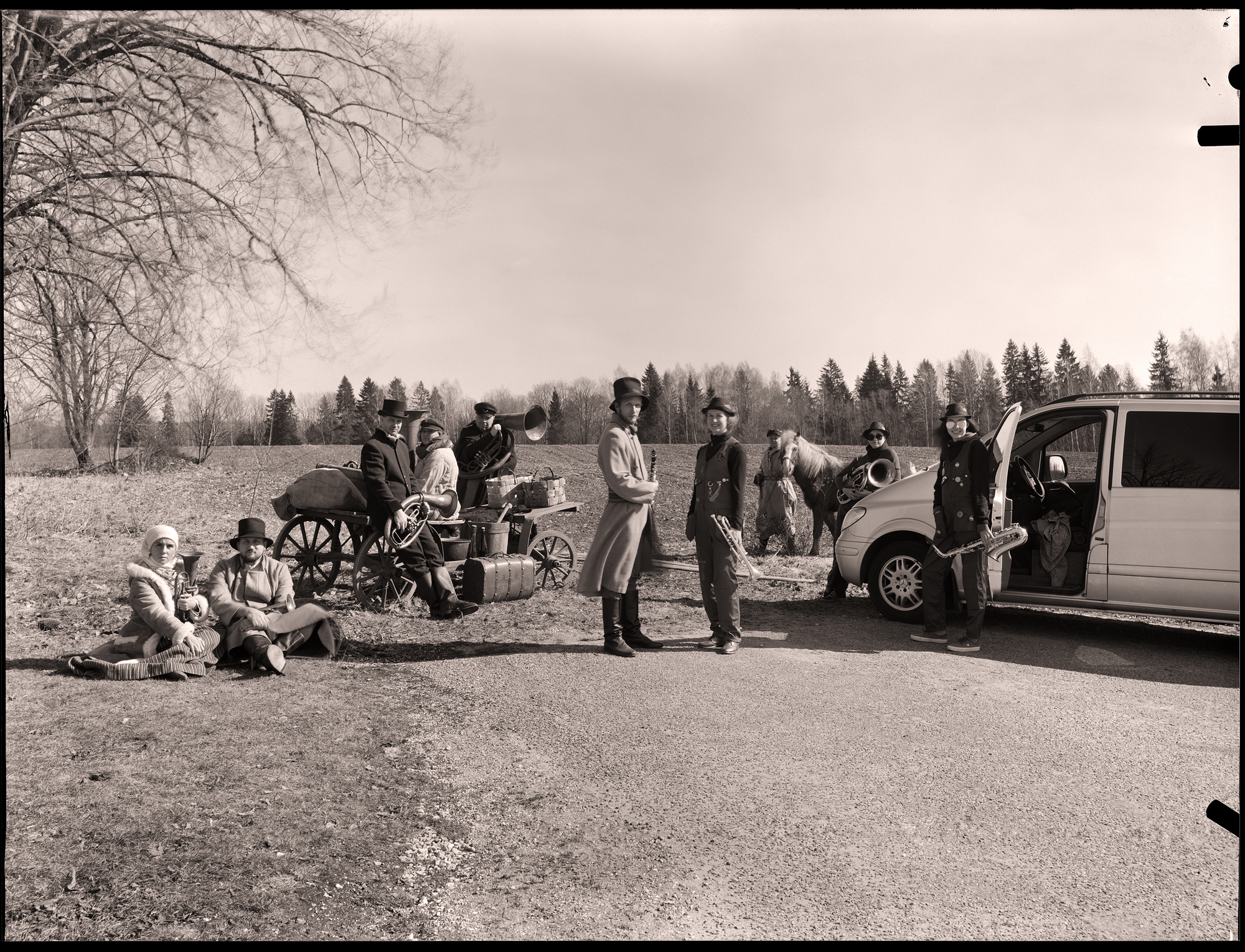 As it is known there are no remained photographs of the first song festival although pictures were taken. So the Road museum decided to reproduce together with Toomas Kalve and his old camera from 1870s moments from those days and add some changes to show how much life has changed during last 150 years.

Exhibition in the vault "Journey to Tartu 1869"

In 1869 our ancestors started their journey to the song festival and they had to face difficulties on their way.

This is the story of 800 men (only men were allowed to sing on the festival) and the occasion which activated them to take on a long and hard journey on foot or by  horse to Tartu. Journey from North Estonia by a carriage lasted 3 days. There is no comparison with 3 hours nowadays. We have reconstructed and drawn on the map routes of 5 choirs and compared organizational work with activities nowadays.